Who was Joseph Pilates?

Joseph Pilates (1883-1967) was born in Germany.  As a young child he was very sickly and suffered from conditions including rickets, asthma and rheumatic fever.  Determined to overcome these frailties he studied various forms of exercise from all over the world and documented the results each of them had on his weak body.  As a result of his resolve to get well by the age of 14 the benefits were clear in his life – he became an accomplished diver, gymnast and skier.

In 1912 he left Germany for England to train as a boxer, however, with the onset of WWI he was put in prison. Here he proceeded to teach his fellow inmates the exercises he himself used, starting with those who were hospitalised.  His efforts resulted in many of them maintaining their health through the deadly influenza epidemic of 1918.

Ending up in New York, he and his wife Clara worked primarily with dancers of the New York City Ballet, and as his reputation grew, other performers and athletes.  In February 1956 Dance Magazine reported “At some time or other virtually every dancer in New York…has meekly submitted to the spirited instruction of Joe Pilates”.

Pilates called his technique “controlology” which he developed over decades and is rooted in the  concept that the human mind and body are an interconnected ecosystem which unfortunately in our modern world is often disconnected. It can be recovered through teaching the body a new language of movements, reflexes and extensions.

He defined physical fitness as: “the attainment and maintenance of a uniformly developed body with a sound mind fully capable of naturally, easily and satisfactorily performing our many and varied daily tasks with spontaneous zest and pleasure – Everything should be smooth, like a cat. [The exercises are done lying, sitting, kneeling, etc]…to avoid excess strain on the heart and lungs…natural movements…with the emphasis on doing and being”.

“Why were the cats in such good shape, so bright-eyed, while the humans were growing every day paler, weaker, apathetic creatures ready to give up if they caught a cold or fell down and sprained an ankle? The answer came to Joe [Pilates] when he began carefully observing the cats and analysing their motions for hours at a time. He saw them, when they had nothing else to do, stretching their legs out, stretching, stretching, keeping their muscles limber, alive.”

Rusty enjoys demonstrating how much fun stretching can be…

Pilates and back pain

65-90% of adults will experience low back pain (LBP) at some point in their lives. I have personally found most clients starting pilates with me have some form of lower back pain. Depending on the source of the pain, regular classes will either reduce or eliminate the pain. Much of the relief comes from targeting key muscle areas like the core, which supports the lumbar spine, along with focusing on hip flexors, gluts and shoulder stabilisers which, when strong and lengthened support rather than stress the lower back.

The benefits of pilates as a targeted treatment for LBP been shown in several randomised controlled trials. For example: this study “to assess the effectiveness of pilates method on patients with chronic non-specific low back pain” over 180 days found: “Statistical differences favouring the [exercise group] were found with regard to pain (P < 0.001), function (P < 0.001) and the quality of life domains of functional capacity (P < 0.046), pain (P < 0.010) and vitality (P < 0.029).” The study also found those doing pilates had significantly less need for NSAID pain killers (P < 0.010).

A 12-month study with pilates as the intervention found “There was a significantly lower level of functional disability (P = .023) and average pain intensity (P = .002) in the specific-exercise-training group than in the control group following the treatment intervention period.” And concluded: “The individuals in the specific-exercise-training group reported a significant decrease in LBP and disability, which was maintained over a 12-month follow-up period. Treatment with a modified Pilates-based approach was more efficacious than usual care in a population with chronic, unresolved LBP.”

The dictionary defines core as “the central or most important part of anything”, this includes our physical bodies. When we engage in any sporting activity, be it golf, tennis or bungie jumping, core muscles are an essential part of the game. The better shape they are in the better we will play.

Pilates focuses on the core muscles which incorporates the abdominal, pelvic, and scapula regions – together known as the body’s power-house. Any sport performed when these regions are tense, incorrectly positioned or with inactive, weak or strained muscles will reduce athletic performance and increase the risk of injury.

In any sport, where we are using the muscles in our bodies the core muscles properly engaged will assist in maximising the game as well as greatly reducing the risk of and often preventing injury.

One of the unique benefits of Pilates is that it not only strengthens our muscles but it also lengthens them, reducing the tension and strain experienced after strenuous exercise. It is one of the many reasons professional dancers flocked to Joseph Pilates studio in New York and why, in recent years most sports professionals have begun incorporating Pilates into their regular training programmes.

Sometimes it is hard to find the balance between too much or too little exercise during pregnancy. While intense regimes like running and high impact exercise are clearly contraindicated while pregnant, not doing any exercise is also unhealthy. Pilates is an ideal “happy medium” and several studies have found many benefits of it during pregnancy.

For example, one study found just eight weeks of pilates twice a week during pregnancy resulted in “Significant improvements (p < 0.05) in blood pressure, hand grip strength, hamstring flexibility and spinal curvature, in addition to improvements during labour, decreasing the number of Caesareans and obstructed labour, episiotomies, analgesia and the weight of the new-borns were found at the end of the intervention.”

Another randomised controlled trial found pilates-assisted childbirth training significantly reduced the fear of childbirth (p < 0.05) for the intervention group who were “positively affected by the training, in terms of childbirth fear, mode of the birth, planned or unplanned caesarean birth, the Apgar score and body weight of the new-born, and problems in the development of the new-born, the first contact time with new-born, and the first-time breastfeeding (p < 0.05).”

A study looking at the effect of pilates on pain during the third trimester compared to standard pregnancy exercises found, “the reduction in the level of pain was found to be significantly greater in the group of pregnant women who completed the Pilates workout (p < 0.05).” The authors conclude: “The results of this study indicated that Pilates is an effective, healthy, and feasible method of reducing pain in pregnancy, and is therefore a beneficial alternative workout for the suppression of pain in the third trimester of pregnancy.”

I agree, I’ve had several clients participate in pilates classes right through their pregnancy. All found it extremely beneficial in terms of pain reduction, improved sleep, reduced oedema and feeling better overall about their bodies during the pregnancy.

Pilates is an ideal form of exercise to engage in before, during and after pregnancy. It is gentle yet challenging, relaxing and very effective. It will boost energy levels and release endorphins, which will increase your feeling of well-being. Deep abdominal breathing will not only relax the mother but will ensure adequate oxygen and nutrients are being delivered to baby.

One of the natural results of pregnancy is a shift in the centre of gravity as the expanding abdomen causes an increase in the curve of the spine. This can cause increased lower back discomfort and possibly increased tension in the neck and shoulders. Pilates focuses on balancing muscular activity and maintaining muscular endurance to help prevent injuries associated with these changes. 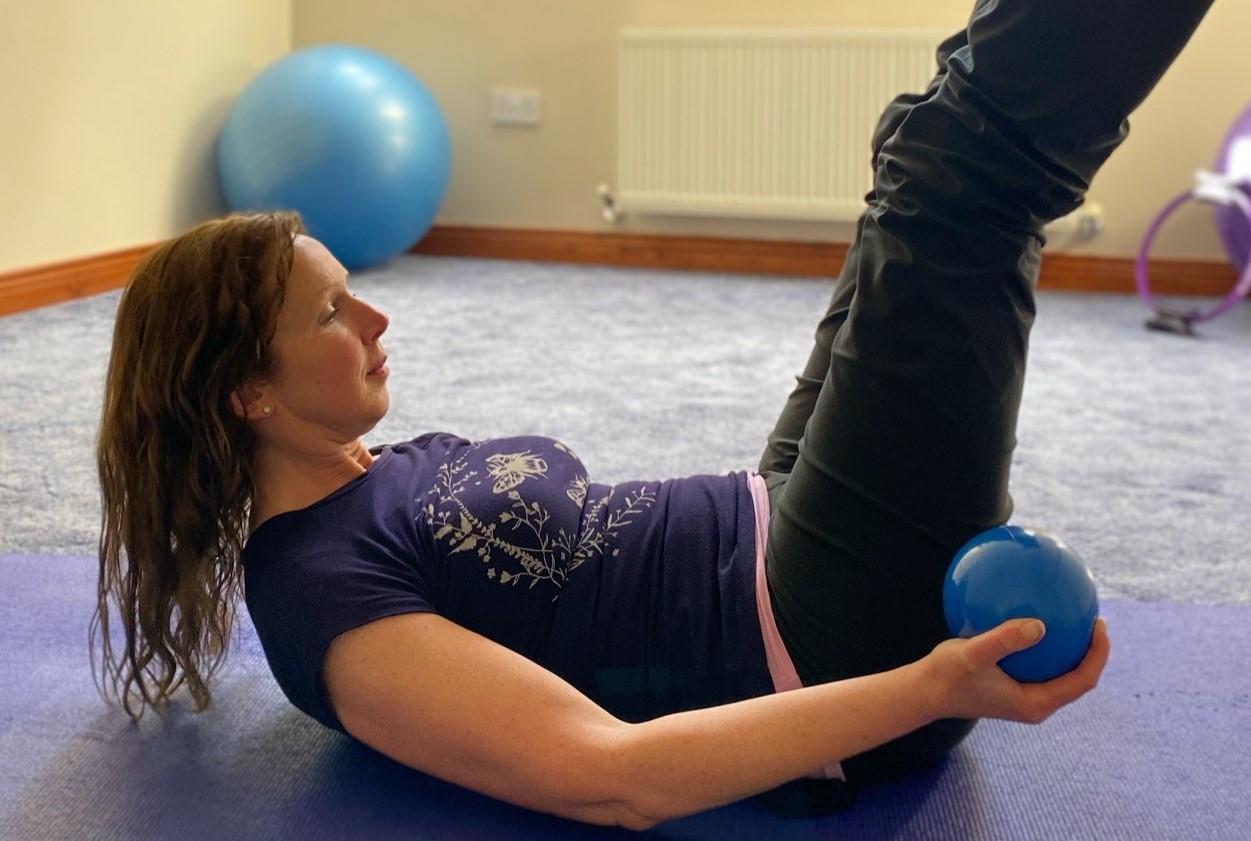 Contact Linda to make a booking or for further information